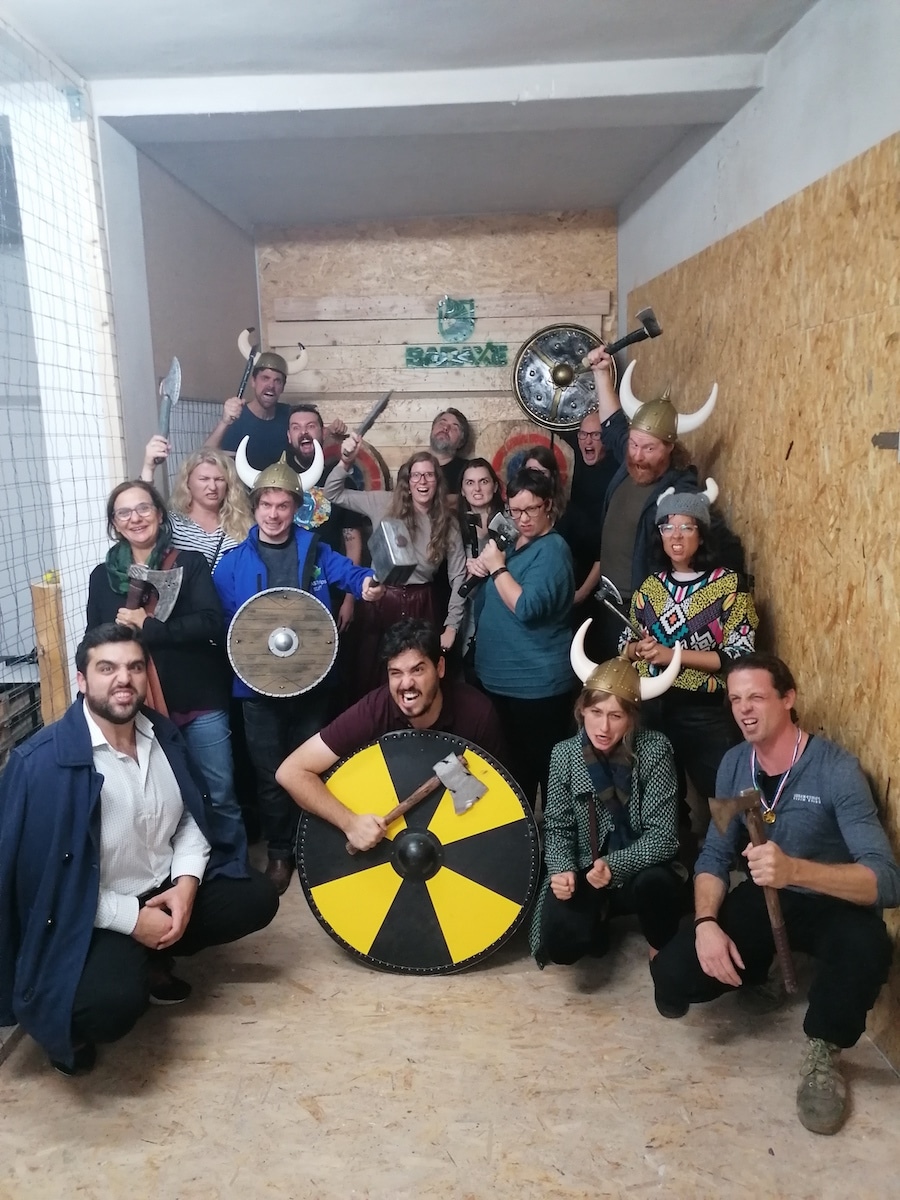 In November 2019, the CAS Trips guides and management team set out for a 3-day training in Krakow, Poland. Similar to the students who attend CAS Trips, everyone had to do a pre, during and post reflection. Below is a reflection from one of our CAS Trips guides in Berlin – an introspective, articulate and deeply meaningful reflection!

Ahead of the CAS Trips Guides Extravaganza last week, I spent a long time trying to get my head around the Reflections we facilitate on student trips to discover that: 1) it is a lot harder to do than I’d anticipated, and 2) I’d get way more out of it than I’d imagined.

In my Pre-Reflection, I looked at the event as a whole and tried to guess how it would go, putting into words what I was feeling about the upcoming trip and setting myself some goals based on the CAS Learning Outcomes. All I knew for sure was to expect two mornings of workshops and team-building, with some top secret activities in the afternoons… Not much to go on.

My main goal for the trip was to make steps towards becoming a better CAS Trips Guide, one who would be better able to serve the students and teachers coming to Berlin. Putting myself in the students’ shoes was a big part of this and something that began even before the trip with the Pre-Reflection. Also important to improving as a Guide was going to be learning from the experience and ideas of my fellow (but as yet unknown) CAS Trips guides, and recognising that I too have different experiences and ideas that could benefit others. I had hoped that this would be the beginning of creating a solid support network to benefit us all.

Surprised at how much I got from working on my Pre-Reflection, I got excited to learn more about CAS from the team who set it up; to meet my peers from other cities, and to improve as a guide. I was nervous as I expected to be one of the less experienced guides, and also because I anticipated that I’d need to be vulnerable in front of strangers, colleagues and employers all at once- not to mention that the public speaking I envisaged doing would be very different to what I’m used to.

Focusing on Learning Outcome #1, I identified my strengths as communication, planning and attention to detail; weaknesses that I envisaged might be exposed were my slowness to warm up with new people in unfamiliar settings and that I often second-guess my worth compared with others, which means I can be shy and not speak up even when I have something valid to share. This is something I really wanted to work on personally.

In an early exercise about the Changemakers Challenge, we broke into smaller groups and I took my characteristically long time to pipe up even as the group lost focus of the task at hand. I recognised- as anticipated- that I was a less experienced guide than the others and found it difficult to make my voice heard even though I had something to say. I was wary of sharing my input lest I appear pushy. Eventually, I made an attempt to overcome my initial shyness and try to steer the group but it was too little, too late. Our group could have performed better if I had trusted my abilities and my group’s reaction to those abilities a bit sooner.

Reflecting on this after, I reminded myself that these fears were in my head and not something the others felt. So onto the next day and, when we broke into groups for the Crisis Training exercise, I made an effort to speak up a lot sooner. My voice was heard and I was way more useful to the group this time around. This increased my confidence on the day, on the trip overall and encouraged me to remember to push myself in similar situations in future.

Later on the same day we did a Reflections Workshop and, when I realised that sharing our hastily written Reflections wasn’t mandatory, I was extremely relieved. Having heard snippets of the Pre-Reflections others had previously shared, I realised that what I had written was in no way entertaining for anyone else. (As a Tour Guide, most of what I say publicly is designed to amuse.) What I had written was purely for me and I could keep it to myself. Or… Or I could push myself to raise my hand and be vulnerable in front of the group, as I’d been dreading. Which I did. And- although it was nerve-wracking and my voice was unsteady and I didn’t look up from the page the entire time, I’m really glad I did it. For myself, of course. But also because a couple of people came up to me afterwards and told me that what I’d shared had helped them better understand what Reflections are for.

Other than identifying strengths and weaknesses, Learning Outcome #1 is about identifying areas for growth. This has taken on a far less abstract meaning to me. Rather than being pushed “outside” of it, I feel as though I’ve taken a step to expand my comfort zone a little bit and this is definitely an area I’m keen to keep on growing.