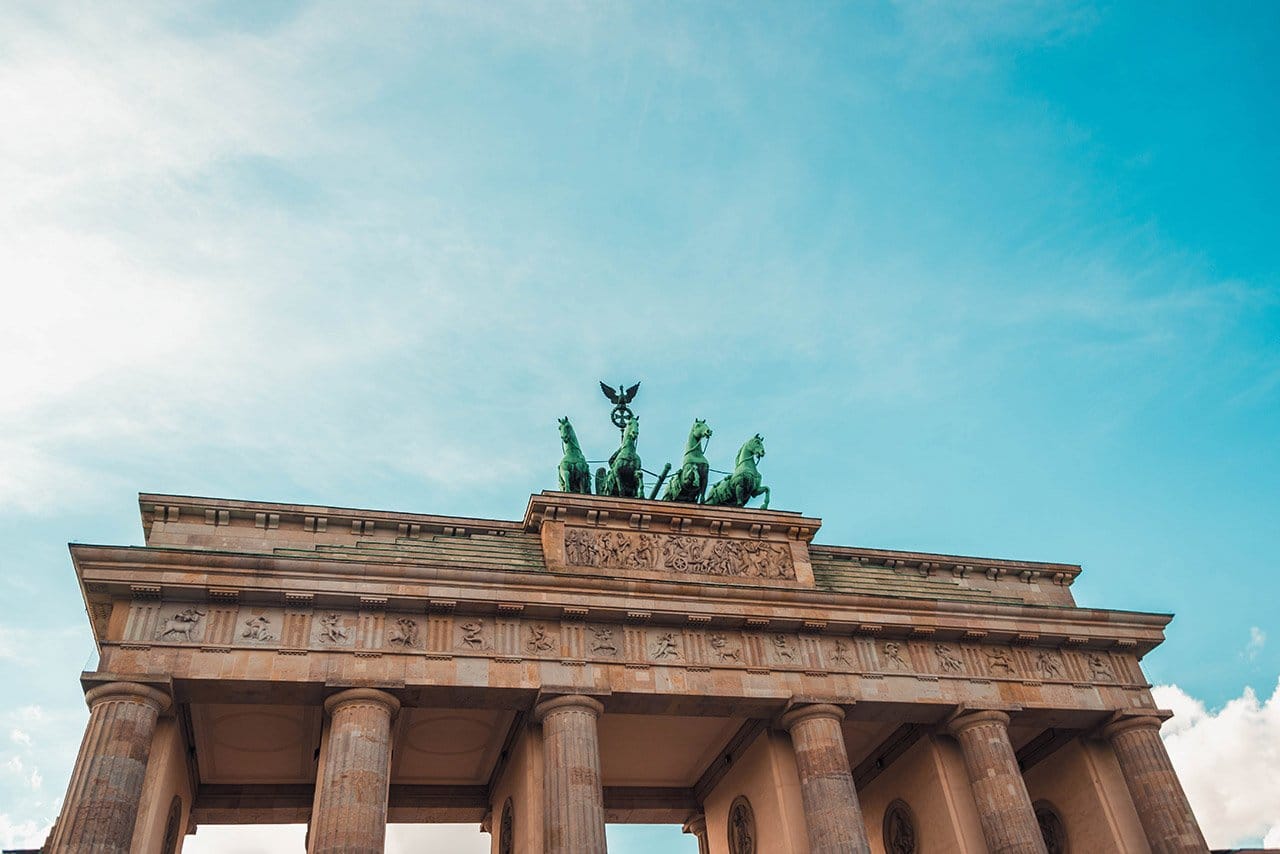 Berlin is the European city of endless possibilities, coupled with creativity and history. You’ll be sure to find a story around every corner you turn. And whilst it may not be a classically beautiful European city, it is certainly one of the most exciting.

One of the key differences between Berlin and other European cities is that no matter the day, no matter the time, you will always find something that keeps you busy and inspired.

Planning on visiting Berlin? We have left no stone unturned to compile our top 10 favorite spots in the German capital.

1. Stroll the East Side Gallery

What is now the longest remaining section of the Berlin Wall has been converted into a open-air gallery. The East Side Gallery reflects a memorial to freedom, where artists of the past, present and future come together to express their feelings through murals of all kind. Shortly after the fall of the Berlin Wall in November 1989, more than 100 artists from all over the world turned what was once a barrier for the country into a colorful declaration of peace. Don’t forget to take your camera, because you won’t want to miss this photo opportunity.

2. Pay your respects at the Holocaust Memorial

Visiting Berlin does not come easy for some, as it is a city of deep history, specifically when it comes to World War II and the Holocaust. The Holocaust Memorial was inaugurated in December 2004 to commemorate the six million Jewish victims of the Holocaust. Designed by architect Peter Eisenman and engineer Buro Happold, it consists of a 19,000 m² site covered with 2,711 concrete slabs or “stelae”. These sarcophagus-like concrete slabs vary in height and are placed on an undulating ground. As you walk through, there is an unsettling atmosphere and footsteps and whispers of other visitors can be heard but not seen.

The tragic horrors of World War II become all too real when walking around Sachsenhausen, one of the first Nazi-built concentration camps on German soil. While you tour the memorial site with your CAS Trips guide, you’ll learn the history of the camp and those imprisoned here, including the hardship life during the Third Reich and Holocaust.

4. View the City from the Top

Want to see what Berlin looks like from the top? Head up Germany’s tallest structure, the Fernsehturm (translated: TV tower), soaring 268m high since 1969. From a distance you can see the tower raising from the skyline of the city. As iconic to Berlin as the Eiffel Tower is to Paris – you cannot miss this sight and its 40-second elevator ride! For decades it was praised as a symbol of socialism by the East German government, before it became a unique landmark of the now unified Berlin. From its panorama deck you can enjoy the city from above, seeing as far as 42km on a clear day!

One of the prettiest areas of Berlin is dedicated to the arts. The location spans 6000-years worth of art, artefacts, sculpture and architecture from Europe and the rest of the world. Five grand museums were built here between 1830 and 1930, taking up the entire northern half of the little Spree Island, hence its name: Museum Island. Once you’re done exploring all the museums, you can enjoy a picnic in one of the many lavish green spaces surrounding the island.

If you are looking for a mini-Versailles, then the charming Schloss Charlottenburg and its garden complex are your perfect find. Originally built for Queen Sophie-Charlotte as her summer retreat, the palace was renamed after her death in 1705. Following its damage during World War II, the residence has been restored to its original glory. The gardens are breathtaking and depending what season your visiting, you will see a marvelous array of flowers. At the end of it, stands a Pavilion designed by Karl Friedrich Schinkel, the architect behind the neoclassical Altes Museum on Museum Island. Stroll through the gardens and enjoy the views of the palace on a sunny Berlin day.

Brandenburger Tor is Berlin’s most famous landmark. During the Cold War it was a symbol of Berlin and German division but has now become the national symbol of peace and unity. During the Cold War, people used to climb to its observation platform to take a glimpse of the world behind the Iron Curtain – the area that divided East from West Berlin. It was at the Brandenburger Tor, on June 12, 1987, where Ronald Regan issued his stern command: “Mr. Gorbachov – tear down this wall!”. After the fall of the wall, the Brandenburg Gate quickly reinvented itself into the symbol of unity. It was officially opened to traffic in December 1989, where 100,000 people came to celebrate the occasion. Unfortunately, this resulted in severe damage to the monument, which needed to be restored and was only officially reopened on October 3, 2002. Today, it is the number one place to visit when touring Berlin.

Mauerpark is a public park in Berlin’s Prenzlauer Berg district. The name translates to “Wall Park”, referring to the former Berlin Wall and its Death Strip, the area between West and East Berlin, a heavily patrolled area whereby guards could kill any civilians trying to escape. After the fall of the Berlin Wall, the Mauerpark was converted into a public area. Today, it is known to be a rather hip place for younger generations to gather. very Sunday, since 2004, hosts the popular Flohmarkt am Mauerpark (Mauerpark Flea Market), which attracts both locals and tourists alike. Here you will find a collection of new and vintage fashion, vinyl records, CDs, antiques, bicycles and other nicknacks that are worth the visit.

Foodies, no need to look any further! Try the classic currywurst with fries. Currywurst is the idiosyncratic combination of pork sausage, cut into slices, smothered with a mixture of ketchup and curry powder. It is served with a piece of bread or fries. It might not sound like something that would make culinary hearts beat faster but you won’t know what you’re missing out on until you try it. This cheap, quick, food-truck style meal can be found at Konnopke’s Imbiss, on the Schönerhauser Allee – some might argue that this is one of the best places since they have been serving Currywurst since 1930.

Last but not least, if you are looking for a meat-free alternative to the currywurst, stop by Mustafa’s Gemüsedöner. But exactly what is a Döner? Brought to Germany four decades ago, the Döner is to Berlin what pizza is to New York. Today, there are more döner stands in Berlin than in Istanbul. A Döner usually consists of seasoned meat, roasted on a vertical stick, and is then thinly sliced and wrapped in flat bread with vegetable toppings and sauces. Mustafa has created a new food trend – the vegetarian Döner! You will find this Berlin-institution at U-Bahn station Mehringdamm in Berlin Kreuzberg. Some might question why not eat any Döner, why go out of your way and trek all the way to this truck? Why wait in line for up to 30 minutes? The answer is simple: Because it is the best Döner in the world – or so they say.

It is difficult to plan in times of uncertainty. Flexibility and confidence can be invaluable, and we understand you might be apprehensive when it comes to booking a CAS Trip right now.

For that reason we want to give you assurance knowing you can change your group’s plans if required.

Any trip booked before the 31st of December 2020 that can no longer go ahead due to official travel restrictions can have the full balance transferred to any other CAS Trips booking within the next 24 months from the planned date of travel, at no expense to you.