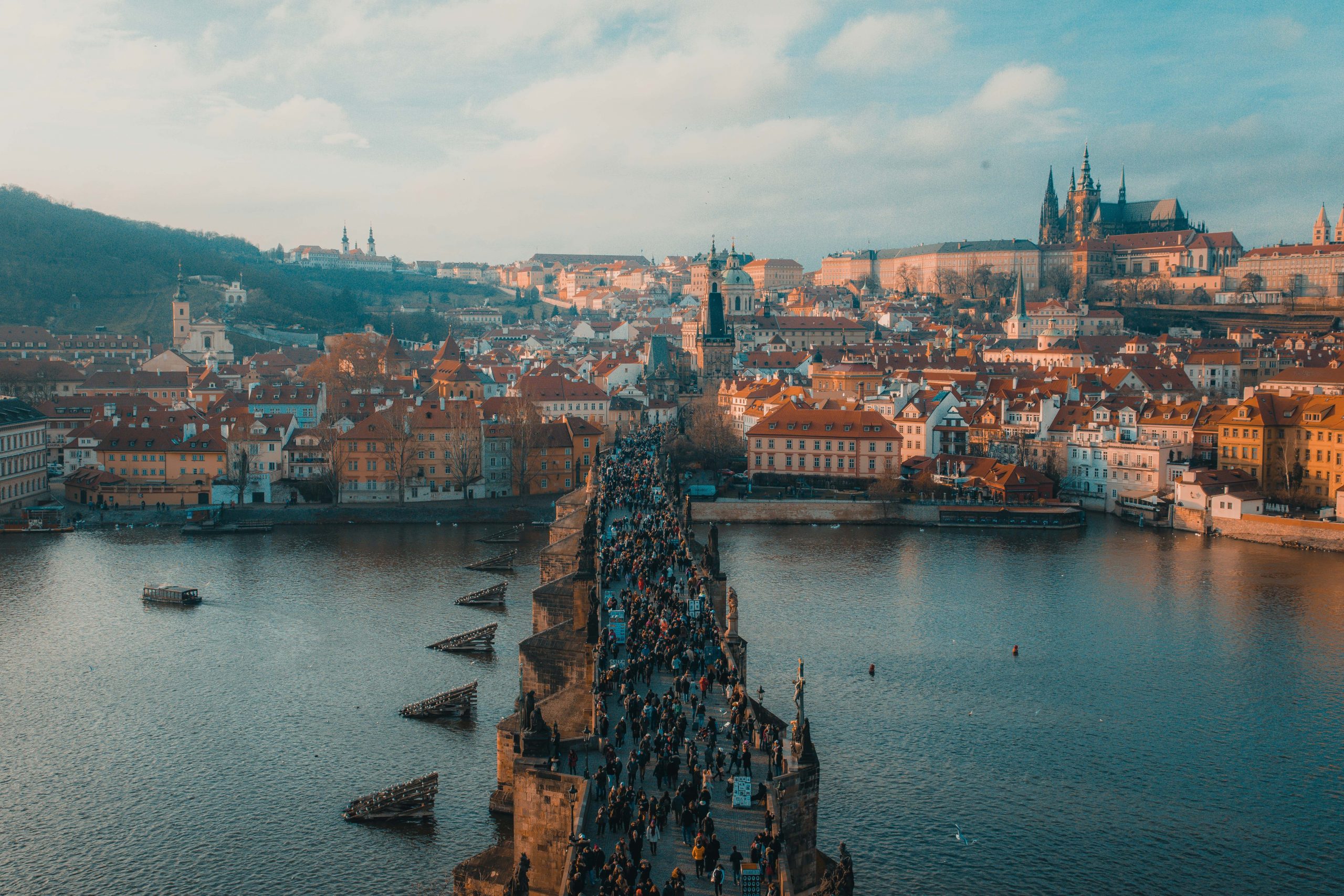 In the most part, the CAS trip was amazing. I got to experience lots of new things, visit a city I’ve never been to before, and experience tourism in a completely different way as well. The first day was very typical tourism. We arrived, chilled for a couple of hours in Palladium, Prague’s biggest mall, and had lunch. As I am lactose intolerant, I was given a grilled chicken caesar salad instead of the chicken pie everyone else got, and honestly, it was very, very nice.

Afterwards, we were given time to wander around the city, as well as an activity to look for some things. Me and my group mainly walked around exploring the city, and barely attended the activity. That was completely our fault. We got some more food, took some pictures, and met back with the group later, for dinner. Dinner was… interesting. We were given extremely small portions of food, and I was initially denied of meat as there was butter in the schnitzel (I had said prior that butter is fine for my lactose intolerance).

Afterwards, we headed back towards Palladium, and ate some KFC to fill in the gap the dinner left. As things are generally cheaper in Prague than Denmark, so was the fast food. We took HEAVY advantage of that. Later on in the night, when we arrived at the hostel, we got ourselves comfortable, and went swimming. The water was freezing cold, but it was very enjoyable nonetheless. The second day was arguably one of the best days on the entire trip, as we got to help those actually in need. We woke up early, and a few of us went to help the tour guide with buying the materials we needed to cook the food we were making – spaghetti bolognese.

We were rewarded some snacks in return, and got ourselves some typical Prague pastries. They were very tasty. Afterwards, we arrived at the kitchen, and we split up into 2 groups. Our group was the first one to cook, and so, we prepared the vegetables and meat, and began cooking. Some things went wrong, but we were able to fix it and fight through. Afterwards, the other group went to help cook, and we went to do a workshop, where we reflected what we would need to bring with us in the event of a disaster. It was honestly very interesting to see what everyone wanted to bring, and reminded me of things I never even thought about.

Safe to say, if a disaster was to happen, I would be way more prepared now in knowing what to bring 😂 After that, we carried the food over to the place where the Ukrainian refugees were, and we handed the food out to them. The original plan was to have us rotate out and have others come serve, but we had established a system so well we ended up serving for the entire time. Raphael was the one scooping the spaghetti, I was the one managing cutlery, supplies and packaging, Stephen was the one helping talk to the refugees and asking what they want (he speaks Russian, and Russian and Ukrainian are very similar) and Theo was the one helping put the cheese onto the spaghetti.

We were there for about 2 hours, and after that, we left to do our next task. In the afternoons, we were given a guide from a homeless man, where he talked about his story and how he got to his position. It really opened my eyes into the worlds of homelessness, and broke many stereotypes I had. The tour was amazing, and the guy had an amazing story to tell. We tipped him, and headed off to dinner. The dinner was authetic Chinese, which, as a Chinese myself, I could agree that it was, indeed, authentic. We ate, went back to the hotel swam again, and ordered KFC in the middle of the night as we were all hungry.   The third day was also very nice. We started off the day waking up late, which is always nice, and did a CAS project challenge, where we had to create our own mini-CAS project.

After that, we had falafel & hummus, which wasn’t very good to say the least. In the afternoons, we went out and did the Novy Prostor challenge – where we had to sell magazines to random people in order to help support the homeless. I can’t lie, it was extremely hard, and quite demoralising to see how rude people often are. This made me develop a new level of empathy and understanding for the homeless and just how hard their lives must be. After that, we had dinner, where again, being lactose intolerant granted me privileges, as instead of having a small portion of lasagne like everyone else, I was given a large pizza with whatever toppings I wanted. I ate half of the pizza, and saved the other half for later. After that, we were given a tour of Prague castle at night, which was absolutely beautiful.

The guide told us some hilarious stories of the president of Czech, and we all had a good laugh. After we got back to the hotel, as we were all tired, we didn’t go to the pool, but instead played pool. (I know, confusing)   The fourth day was quite nice, though it was very exhausting. We had to wake up early in the morning, leaving no time for breakfast, and take a bus ride to a mountain. I am travel sick, so the bus ride was an extremely horrible experience for me. I would have taken my medicine beforehand, but I was not informed that it was gonna be a bus ride, nor a ride in the mountains lasting 1.5 hours. After getting to the mountain, I relaxed for a while to get rid of the dizziness, ate the pizza from last night, and took some pictures. After that, we took a very long hike up a mountain under the burning sun, which wasn’t very nice. However, the view at the top of the mountain was absolutely immaculate.

After that, we hopped back on the bus, and drove back to the city. As I knew this time that we were going into a bus, I took my medicine beforehand, and I was fine on the way back. As we were late, we missed out on the actual street art tour, and was given a mini-tour by our guide instead, which was also pretty nice. We had lunch at a very nice place, and the food was pretty good. Afterwards, we went to a place where we were able to have full creative control and paint whatever we wanted using spray cans, so I painted my favourite character from my favourite game – Omen from Valorant. A couple of things went awry in the end, but I salvaged it the best I could. The result was very surprising, and looked extremely good.

To finish off the trip, we went to a very nice restaurant and had food with the entire class. The ambiance was nice, but the food was… tasteless. Literally.   There is not much to say about the next day except that we knew that we were going to not have breakfast, so me and my friends ordered KFC at midnight again, and brought it onto the bus the following morning as our breakfast & lunch. The bus ride was alright, as I had taken my medicine from before, so I didn’t feel too dizzy. We arrived back at the school at around 10, and I got home around 12.

Overall, I would say that the trip was a success, and was very, very fun. Of course, there were certain aspects of it that could’ve been improved, i.e. the food (in some places), the amount of walking, the early wake-up time, the lack of warning that we were about to go on a mountainous bus ride, and the fact that we essentially wasted Friday by being on the bus throughout the day, when we could have gone on the bus Thursday night and drove through the night. With that being said, though, it was still very, very fun, and is going to be something I’m going to remember for the rest of my life. It was truly a life-changing experience, and many, many memories were made.

P.S. the tour guide was amazing 🙂