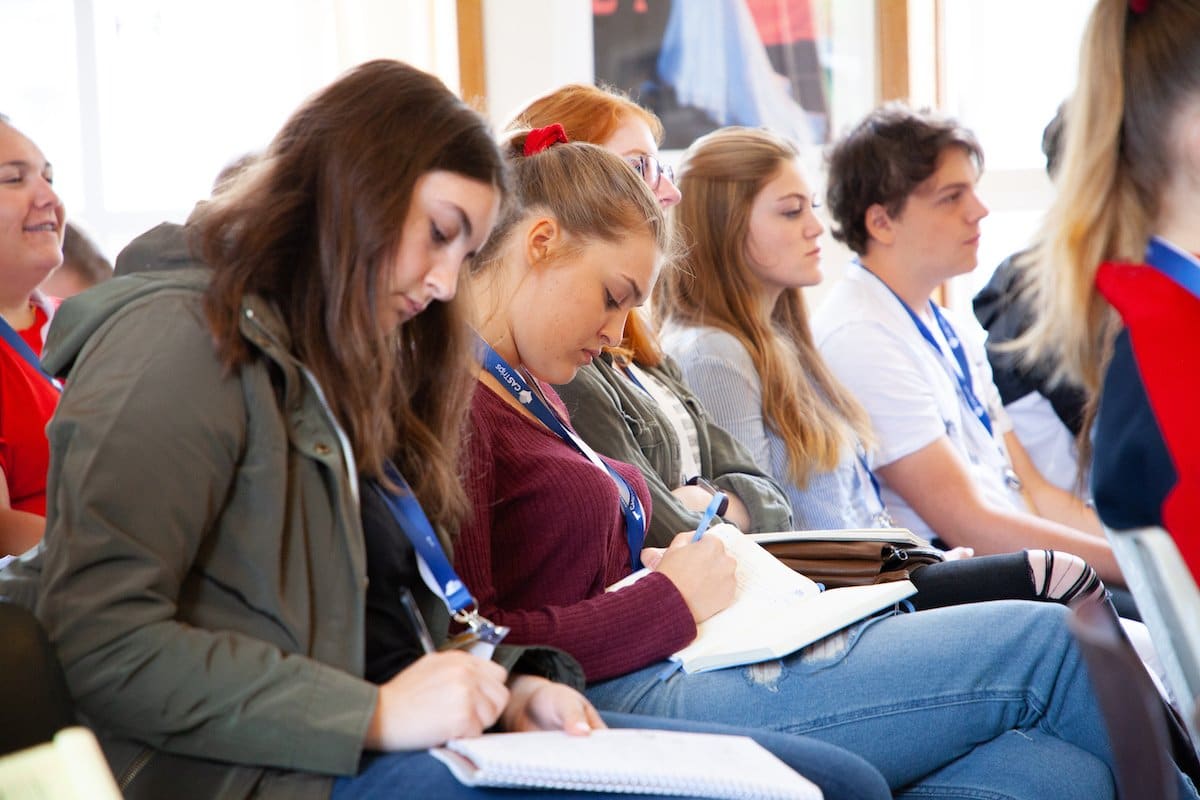 Climate change is one of the most urgent issues facing us as global citizens. The “Hogwarts-like” setting of Fettes College in Edinburgh, Scotland was the location of the first-ever CAS Trips Global Student Conference, July 28-August 2. Attracted by the theme, “Global Climate Change: Understanding the Urgency – Accepting the Shared Responsibility,” 72 students representing 15 schools and 5 countries (Chile, Canada, Ecuador, Taiwan and the United States) attended.

During the five-day conference the participants had a mixture of CAS Trips activities dedicated to Creativity, Activity, and Service directives of their IB curriculum, in addition to an in-depth examination of one of the UN SDGs: “Climate Action.”

We see the effects of climate change daily – stronger hurricanes, droughts, melting glaciers, temperature extremes, displacement of populations, etc.  These problems that the younger generation did not create, are ones they will have to solve. It was evident very early in the GSC that the participants were well aware of this and have committed themselves to an active response to this challenge.

The conference started each day with a plenary session featuring:

Student engagement was a primary focus during the question and answer period following each presentation. Their questions were thoughtful and perceptive, and this engagement continued into the Global Action Team (GAT) sessions that followed each morning presentation. The GAT sessions were facilitated by IB educators and allowed the students to dig deeper into the issues and questions.

On the final afternoon, the GAT groups gave way to smaller group discussion as the students were separated into their school groups or regional groups for the purpose of completing the CAS Trips Changemakers Challenge that should lead to some very effective service projects relating to the climate change crisis.

Afternoon and evening activities provided opportunities for the students to get to know each other, share something from their home country, state, or province, and most importantly, experience a bit of Scottish culture. Anyone who witnessed the competitiveness of the rugby and cricket matches, the Highland Games, or the creativity of the improvisation lesson or dance class, and the outright fun of the Scottish Ceilidh would agree that these 72 students thoroughly enjoy themselves during this short week!

The key takeaways of this inaugural Global Student Conference were the following:

Prepare yourself for a climate change conference encore theme next summer in three different locations – Asia, Europe, and America. The new theme will be Global Climate Crisis:  Innovation, Impact, Action.

Each conference will have options for students who are starting at the beginning in their understanding of the issue, and for those who know quite a bit about the climate crisis and want to take their understanding and action to the next level. Specific locations and dates will be announced soon!

It is difficult to plan in times of uncertainty. Flexibility and confidence can be invaluable, and we understand you might be apprehensive when it comes to booking a CAS Trip right now.

For that reason we want to give you assurance knowing you can change your group’s plans if required.

Any trip booked before the 31st of December 2020 that can no longer go ahead due to official travel restrictions can have the full balance transferred to any other CAS Trips booking within the next 24 months from the planned date of travel, at no expense to you.